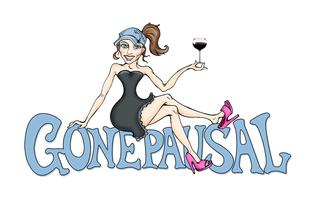 Back to "Great Moments in 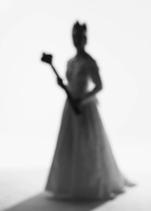 She dug her glass slipper out of the closet and stared at it long and hard. If shoes had transformed her life once they could do it again!  She had decided that rather than sitting alone in her drafty castle she would open a shoe store. Her designs were a success and every woman in the kingdom was wearing her delicious “Princess Pumps.”  Then one day another idea popped into her head.

“Should my new spring line have red soles?”

Her first marriage to the handsome Prince didn’t work out.  He was never home and had a wandering eye. This pissed off Cinderella as she was stuck raising their four girls all by herself.  She cursed the fact she never went to college but got seduced by a cute guy bearing fancy shoes.

She never read fairy tales to her girls, just preached the fact that they should have careers and not have to depend on a “prince” to support them.  When they were all out of the castle and working she divorced Mr. Not so Charming.  “Now what?” she cried, but knew any life was better than living with cheating royalty. 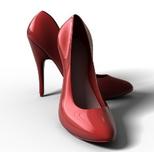 Cinderella, at age 55, was back in the dating world.  “Where are the good looking guys?  It’s one aging and wrinkled Duke after another.  I’d ask for another pumpkin but look what the first one brought me.”

“I look like a mess and have no servants,” she lamented.  “But I’m free,” she declared as she ripped off her ghastly corset and itchy petticoats.  She hated dating old men but the younger ones didn’t look in her direction.  Maybe there was another path, after all she spent years preaching financial independence to her girls. Could it be her turn?