I think of myself as someone with a rather large vocabulary. I actually won $5.00 betting on the definition of the word “penultimate.” I claimed victory and the cash. Unfortunately my date didn’t like being wrong or handing over the money. My friend David warned me about using big unwieldy words on dates. He has told me to drop “plethora, obstreperous, dearth, bereft, and penurious” and reminded me I am not trying to win a Pulitzer, but have a pleasant conversation. The English major in me has a tough time with monosyllables but he believes it will help me get asked out again. Yes. No. Practicing.

I am, however, way behind the times when it comes to the new dating vernacular. They are not big impressive words but simple, yet their meanings are a complete mystery to me, and personally, I just don’t get it. It’s “jabberwocky.” Who makes this shit up? I recently heard senior dating referred to as “carbon dating.” Excuse me, but I am not a 1,000-year-old woman dating a 1,000-year-old man, although sometimes it feels that way, but I resent the new implication.

My dating history involved words that were easy and self-explanatory like: cheat, breakup, liar, asshole, jerk, dumped, and “he’s just not that into you” (which came later but totally understandable.) Those words made perfect sense, derived from the English with which I was familiar. When “ghosting” hit the dating dictionary the only thing that came to my mind was Casper, or Bill Murray in Ghostbusters, not a person on your dating radar screen that suddenly disappears. I knew that as “getting dumped.” What’s with the ghosts?

“Hooking up” used to mean meeting someone for a drink or coffee, not for the sole purpose of sex. I am dazed and confused and perhaps a thousand years old. And who and what is “kitten fishing?” They can’t swim for pities sake, so how does that segue into someone who stretches the truth. A person who lies a little about their height, weight, and photos, etc. on their dating profile is kitten fishing. Hey, I’ve dated those guys but never thought of them as kittens. I like kittens.

And then there is “breadcrumbing.” Seriously millennials, what about bread crumbs reminds you of being non-committal or just flirting via email? It reminds me of being a messy eater or Hansel and Gretel. Although, I recently was breadcrumbed, but thought of it as “he’s just not that into me” not a carbohydrate. To all you “wokefishing” types, quit pretending to be liberal and come out of the conservative closet. What’s with all the fishing references anyway and does anyone actually fish for fish?

Getting “Kanye’d” is one of my favorites because I have been Kanye’d so many times I can’t count that high. Oh Kanye, more references to you are just what we need. Welcome to the date where the other person talks about themselves the entire time. I have been there, eyes glazed over, wondering if I’m still alive, and incredibly bored. So many Kanyes, so little time!

“Glamboozled” baby – all dressed up and nowhere to go because your date canceled at the last minute? I’d like to meet the person who made up that word and tell them they were SIMPLY STOOD UP.  I have to say mea culpa to “dial toning” as I’ve given someone my phone number and when they texted me went silent. My bad, but if I knew it would morph into one of these wacked-out definitions I would have responded. And one more of which I am guilty, “White Clawing.” It is named after a drink I never heard of, however. This is dating someone just for their looks, even if they are basic and dull which apparently the drink is. Hey, I wish I could “White Claw” now but there are not many to date for their looks or hot bodies in my demographic. Those were the good days before I was deemed carbon and 1,000 years old.

My head is about to explode. I long for the English language. How will I ever remember and know if I’ve been kitten fished, breadcrumbed, Kanye’d, roached, glamboozled, dial toned, ghosted, or woke fished?

And can you be kitten fished, breadcrumbed, and Kanye’d at the same time?  Ghost me, please. 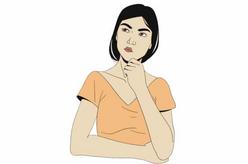