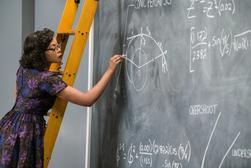 A Comedic Modern Guide to Code

I studied French in high school and when I realized my accent would actually scare people I gave it up for Spanish. Spanish is so much easier to pronounce and not get laughed at. I didn't continue with Spanish but can stumble my way through ordering tapas. I did excel at parts of speech: nouns, pronouns, verbs, adverbs, adjectives, similes, metaphors, acronyms, etc. I loved English class and always got an A.

I am, however, flunking the new part of speech: slang acronyms. It's everywhere: text messages, emails, and in conversation, YGTI. A new language has taken root and I am dazed and ignorant. Slang acronym boggles my mind and, truthfully, at times pisses me off. I'm not a code cracker but an aging English major.

Statistically speaking, GenZ uses slang acronyms in 62% of their messages, millennials 56%, GenX 48% and baby boomers 26%. Why do boomers use it less frequently? Because speaking initials is cheating and lazy and we're smarter IMO.

I'm a sports junkie and when I watched the 2020 documentary, "The Last Dance" about the Bulls I got angry when I heard other players calling Michael Jordan a Goat. Excuse me, he was not a Goat! He was dazzling! That really made me mad until I found out it meant the Greatest of All Time. Get it? I didn't. Who decided that? Is there an official acronym decider? Speaking of sports, I also thought IRL meant "injured reserve list." Again, much to my chagrin it doesn't reference an injured athlete but means "in real life." As oposed to not in real life? IDK what's going on.

For the longest time I though LOL meant lots of love ... after all, it could be read that way. It makes me nuts when it's used over and over in a paragraph or text as a way to be hip or funny. I got an email from a man I met on Match who literally ended every sentence with LOL ... every freaking sentence. Nothing in the email was even remotely amusing. The urge to scream, "Get a thesaurus and find some real words" was overwhelming. We definitely were not an MFEO.

On dating sites the profiles are filled with men who speak acronym and, once again, it took time and effort to decipher what they were trying to get across. "Looking for a LTR" shows up a lot. What is he looking for and what does that have to do with dating? Finally a light bulb went off and I cracked the code. I'm slow at this initial speak. Writing out "long term relationship" does shorten your life by approximately four seconds. LMAO.

One of the biggest lessons learned during the nightmare months of Covid was YOLO. Again I have to ask: Is there an official acronym decider? Is Zuckerberg behind this? YOLO is the new national mantra. You get one tour of duty on this planet and we all witnessed it can end in a nanosecond. TBH, that did scare the shit out of me. So carpe diem ... that's Latin, BTW.

I'm guilty of using OMG a lot. It's easy, exclamatory, and I know what it means. I also don't have to have the debate with myself about whether or not to capitalize the word God/god. Could someone clear this up for me? LMK right away if possible.

I think what is great about this is you can just make up your own slang acronyms. You can't possibly be right or wrong if you know the letter a word starts with. INTH, ACDI. Maybe it will become a pseudo language like Klingon was for Trekkies.

OTOH, I think I will stick to the English language and feel proud I can order tapas in Spanish. B4N.

LMAO - laughing my ass off

TBH - to be honest

FOMO - fear of missing out

INTH - it's not that hard

ACDI - anyone can do it

OTOH - on the other hand

YGTI - you get the idea

IMO - in my opinion

GOAT - greatest of all time

MFEO - made for each other

YOLO - you only live once